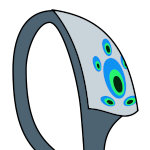 About the Floraverse Character Generator

The character generator is inspired by this journal post on deviantArt, which used the Marnok's NPC generator to generate personality traits.

The current generator is the fifth iteration of the generator.
The first version was a written in Java and started as a desktop application, before I added features to run it as a webservice.
The second version was written in Guile Scheme and ran only as a webservice.
The third version was based on the previous version and was the result of the merger of several generators I wrote and hosted on this website into a single project.
The fourth version was caused by a rewrite of this website's backend in Racket.
The fifth and current version is an iteration of the previous to separate the data used by the generators from the code.

The data used by the generator is available in a git repository, and is mainly written in JSON. To get them:

A mirror of the repository is also hosted on GitHub.
The file structures are documented in the README.md file.

The code of the generator is available along with the code of this website in a git repository. It is released under the terms of the GNU General Public License version 2 or any later version (GPLv2+). To get it:

The code is written in Racket.

The code of previous versions of the generator and of this website are also present in git repositories.
Fourth version (using Racket):

Third version (using Guile): The code of the older versions are not available online anymore.